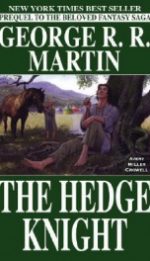 If you’re a fan of Game of Thrones, then you already know who I am. If not, then allow me to introduce myself: I’m one of the biggest fans of George R.R. Martin’s work on this side of the Seven Kingdoms (and my favorite character is Daenerys Targaryen). In fact, I love his books so much that when he wrote “A Knight of the Seven Kingdoms,” a collection of seven novellas set in Westeros shortly before and during the events depicted in A Game of Thrones, I was eager to get my hands on it. After reading through every single one—twice—I can say with absolute certainty that it’s by far his best writing yet. Here are some reasons why:

The World of A Song of Ice and Fire

The world of A Song of Ice and Fire is a complex place. There are seven continents, or nine if you count the Summer Isles as a continent unto itself. Westeros is the largest landmass in this world, with Essos coming in second. Beyond these two main areas are numerous islands and large bodies of water that connect them together. On top of all this geographic diversity, there’s also history: Westeros was invaded thousands of years ago by the First Men who drove out previous inhabitants called Children of the Forest; they were followed by Andals who conquered much land including what we now call The Vale; their descendants live there today (along with people from other regions). For example, Jon Snow’s ancestors lived in Bear Island until being driven out by Iron Islanders–who then took over Iron Islands after defeating House Greyjoy–only returning to their ancestral home when they married into a branch house of Stark.

Thus far I’ve only discussed geography but there are also plenty of political entities like Dorne and Highgarden which occupy territories within their respective continents but aren’t necessarily part of any one country’s borders; additionally there are other smaller regions such as Stormlands which may be ruled over by multiple families at once depending on how many castles exist within its borders

The characters in this series are complex and interesting. Their development throughout the story is well-paced and believable, and they are relatable as well. In short, they’re just like you and me (except for being knights who live in a world where dragons exist).

The author has also done a great job of creating believable relationships between the characters—both antagonistic and friendly ones—and you’ll enjoy seeing how these dynamics play out over time.

The Hedge Knight is a fantasy story set in Westeros, the world of George R.R. Martin’s A Song of Ice and Fire series. The book takes place during the time period covered by A Game of Thrones, which means it’s about 20 years prior to the events that take place in that first novel.

The story follows Dunk (known as Duncan), a hedge knight who works for a lord named Corbin Brocker at Ashford Castle on his way to compete in the tourney there. The castle is also home to Prince Baelor Targaryen and his sister Daena Targaryen, who were both present at King Aerys’ funeral pyre back on Dragonstone where he was killed after being fed molten gold by his own son Prince Viserys Targaryen (who was then known as “Aegon”).

There are no flaws in this book, and if you haven’t read it you ought to.

The Hedge Knight is the best thing George R.R. Martin has ever written, and if you haven’t read it you ought to. It’s not just one of his most exciting works; it also has some of the best character development and storytelling in all of literature.

If you’re a fan of pop culture at all (and who isn’t?), there’s no way you haven’t heard of Game of Thrones or A Song Of Ice And Fire by now. But even if those two series are what brought GRRM into your consciousness, The Hedge Knight might surprise you with its excellent writing and interesting characters. It’s not like any other fantasy story out there: it’s fresh without being derivative or clichéd, exciting without being predictable. It’s well-written in every sense: emotionally compelling but also technically proficient as a piece of literature; innovative but never alienating for readers unfamiliar with medieval history (or anyone else); entertaining from start to finish but also thought-provoking about themes like honor, justice, loyalty and friendship—all this without sacrificing literary merit in order to tell an interesting story!

I think that it’s safe to say that George R.R. Martin has outdone himself here, and I can’t wait for the next installment of this series. I would recommend this book to anyone who enjoys reading fantasy novels and is looking for something new in their life